Are the kids out of school? Bring them to the Sports Club of West Bloomfield for a day of fun! Your kids will participate in games and sample different sports such as soccer, tennis, martial arts, gymnastics, and more. Our goal is to create a day for your child packed full of fun & fitness, all while being cared for and supervised by our excellent staff. It will be a nonstop day of fun.

We offer multiple different camps that will interest any active kid. Below are some of our offerings but you can find the full list and details by clicking on the summer camps button.

For your young tennis player, we have three levels of junior tennis camps. The basic is the Development Camp, where kids learn the basics of the game and begin to practice their tennis strokes.

The next level is the Competitive Players Camp, where kids aged 7-10 who have a solid foundation of skills get the chance to compete against other players at their skill level.

The final level is the Tournament Players Camp, where serious tennis players can compete against other players who compete for their schools and in local, regional, and national USTA competitions.

Get your child started in gymnastics, a healthy way to increase self-confidence, learn new skills, and make new friends! Our camp is open to gymnasts of all skill levels who want to spend a week improving their skills.

Your child will learn the skills of martial arts, self-discipline, and self-confidence from martial arts master Kevin Todoroff! It’s a half-day camp running in the second half of the day, and you can get a full-day experience for your child by enrolling them in the All-Sports Camp during the morning.

Water Wednesdays
Every Wednesday this summer we are bringing in a new water slide. Bring your kids all day and give them the fun water experience. Cool off after and active day at camp.
View Kids Camp Schedule

Experience the New Sports Club of West Bloomfield. See how we can help you experience complete fitness for your whole family like no other place. No strings attached. Sign up now!

Since 1991 The Sports Club of West Bloomfield has been providing its unique blend of fitness luxury, sports training, and healthy lifestyles. We have it all!

© 2023 The Sports Club of West Bloomfield 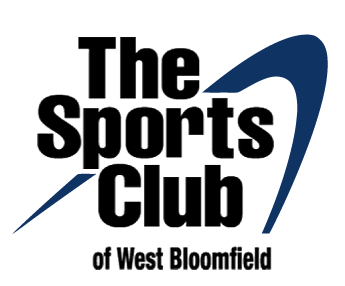